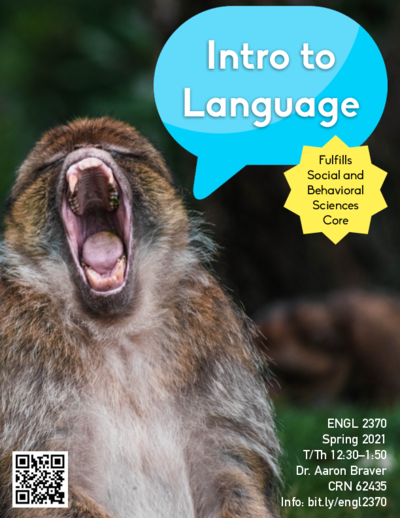 Does the brain process emojis in the same way it processes spoken language?   Why is the Pokémon named “Snorlax” larger than the one named “Pikachu”?

This course provides a broad overview of language—its structure, its origins, and its role in society.   We'll try to understand why language is so weird (Why does the tiny island of Papua New Guinea have over 800 languages? Why does the !Xóõ language have 164 consonants?) by applying the tools of linguistics to the language we encounter in our daily lives and to languages from around the world.

What sorts of topics will we cover?